A broken beak can be a serious thing for a chicken. Beaks are their tools, their hands, their major way of interacting with the world.  Sometimes the bird needs to be euthanized, if the break is so bad that it can’t regrow. (I’ve seen some truly dreadful pictures of hens with their beaks broken entirely off. Shudder.)

Fortunately for Booty, her break, while serious, wasn’t quite that desperate.

This picture was taken yesterday, after it had healed for almost a week. It is a lot less bloody and oozy. You can’t truly tell in the picture, but it looks like she snapped the entire top layer off, including the tip.  The below pic, for reference, is what a beak is supposed to look like. 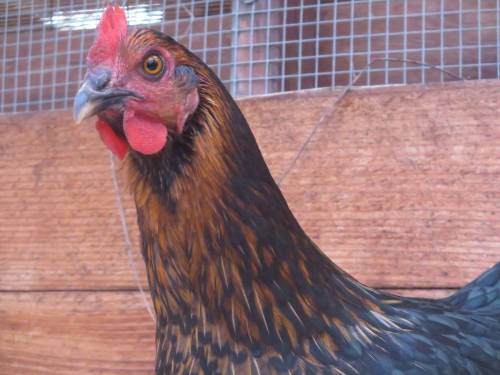 For a couple of days after it happened, poor Booty was clearly in a lot of pain, and although she clearly wanted to eat, she wouldn’t. Or couldn’t. The internet said that a snapped beak has nerves in it that makes the pain equivalent to a broken tooth. I kept dabbing some chicken-safe medicinal ointment on it, and kept offering her all her favorite soft foods. She wouldn’t eat. I seriously was considering putting her down, because I didn’t want her to starve to death, and I was afraid she must be in terrible pain. But then mom took her out some bread, and came back in with the wonderful news that she’d eaten some. It still took a few more days, but finally she is able to eat her regular food again, and is clearly going to be ok. Beaks can regrow if enough of the beak is left, and in her case I think it will. But that will be quite a few months down the road. Poor girl. I wish I knew how she did this to herself!

Except for Booty’s trauma, things have been great on the urban farm. The sunflowers are blooming. 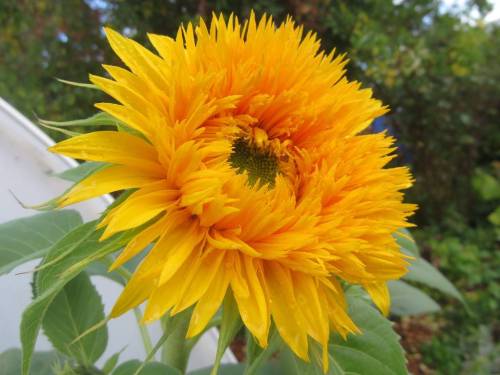 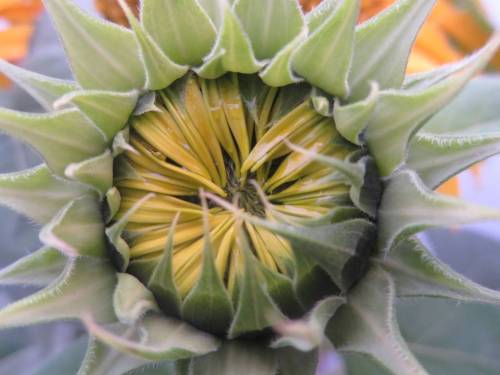 The skies are glorious.

And I have a bunny barn FULL of bunnies. Two does, and their two litters, born one week apart. I think I have thirteen or fourteen baby rabbits in there. I’m not sure. I was busy, and put off getting an accurate count, and then…they were suddenly out of the nest and hopping everywhere…and getting an accurate count right now is impossible. I went out to the barn last night and watched them playing for awhile, and it is the cutest thing ever. At one point, they tired themselves out and just collapsed into this massive soft wiggly pile of sleepy bunnies! I did get a video of some of it – not the bunny pile, though, the light was too far gone at that point.

Colony rabbit raising is absolutely the best way to go. I feel so sorry for rabbits stuck in small wire cages, either all by themselves, or crowded in a bunch of babies, with no room to express their natural social behaviors. These two does are sisters, and have been together from birth. While they did get a little ornery and testy with each other (and me!) during their very first pregnancies, by this second litter, they have figured everything out, and are perfectly sweet with each other, and I can pet them without fearing a bite.

And the babies! They are so sweet with their babies – with all the babies. I am not sure if they nurse only their own, or if they just feed whichever babies are hungry. I know I have seen babies that belong to Thistle come up to Blackberry and attempt to nurse…but these does don’t believe in nursing when the human is watching, so I don’t know if they hop away because of me or because they are holding out for their own children. I suspect the former, though, by the way the babies are acting.

I should have gotten rabbits on the farm ten years ago!