The Muscovy ducklings are here! I thought it would be another two weeks or so, but a local breeder I had given up hearing from, finally messaged me to say she had pied ducklings available. We met halfway between our cities, and she handed off a small box of absolute sweetness. Seven ducklings. 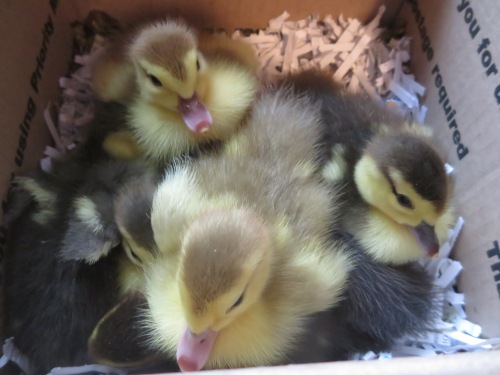 I’m used to ducklings being relatively loud. Not these guys. They were almost perfectly silent all the way home. They hatched earlier that day, so the first thing we did was clip a tiny bit off the end of their right wings. Clipping one wing like this is called pinioning, and while it’s a major surgery requiring a vet on older birds, day-old ducklings’ bones are super soft, and although a couple of them bled a small amount, they didn’t even seem to notice anything had happened. I live on a small property, and Muscovy ducks are well-known for their ability to fly onto your roof – or your neighbor’s roof! For their own safety, I pinioned them to prevent them from being able to fly. 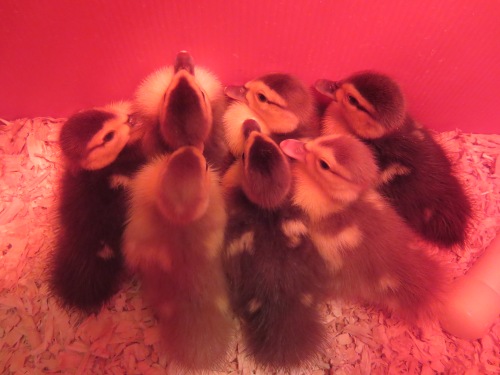 I don’t know if this is a Muscovy trait, but these ducklings are inseparable. And they seem to know if one is missing. I moved them outside onto grass yesterday when it was sunny, and because I carried them two by two, I had to leave one solo in the brooder until the last trip. The six outside called loudly for him until I brought him out!

They are super cute. And I think I have three different colors. Black and white, chocolate and white, and possibly blue/lavender and white? Below is the darkest, compared to the lightest.

Muscovys are perching ducks, which means they have feet with claws, for gripping. Their little feet actually curl around my fingers! And those claws are already sharp. 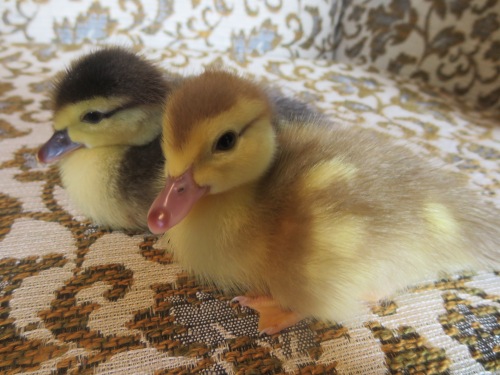 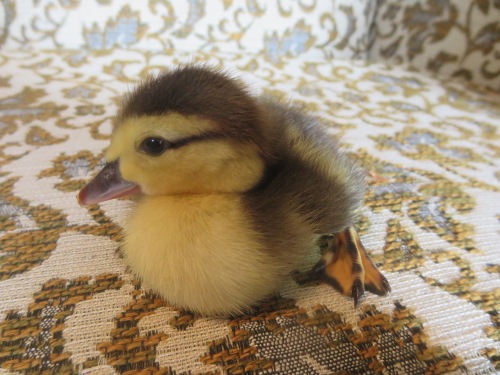 And did I mention they are adorable? 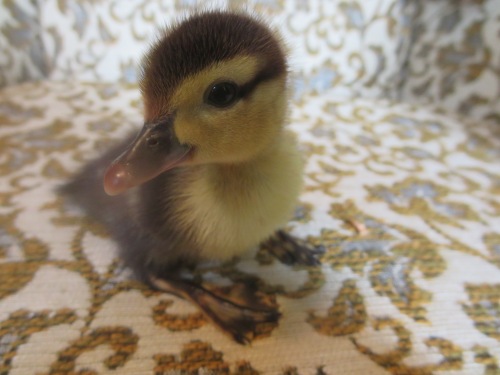 This entry was posted in ducks, Uncategorized and tagged ducklings, muscovy ducks, pinioning. Bookmark the permalink.