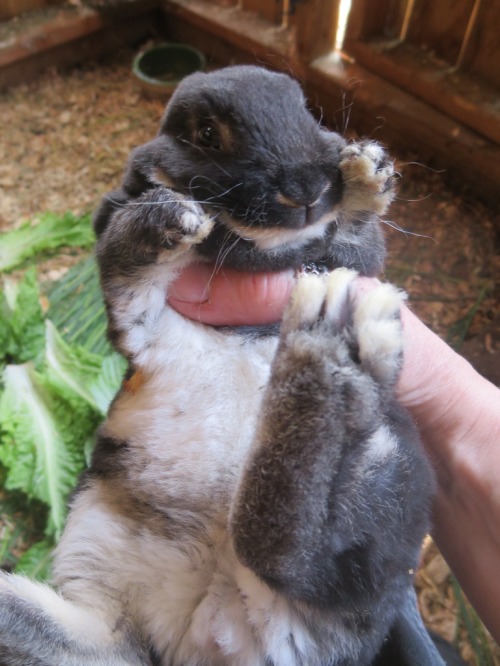 Just look at the feet on this little Rex fellow! He’s only about four weeks old.

They were much smaller such a short time ago….

They grow so fast. 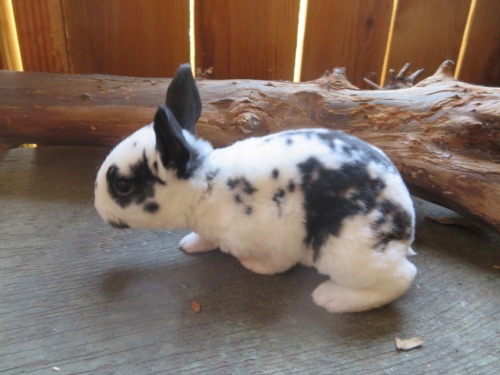 Here’s a video when they were just about twelve days old:

And here’s another at four weeks:

We also have new chicks on the farm. Two are with Ophelia, and apparently I didn’t get pictures yet, so those will be for another blog. The other two are Dark Cornish, a traditional meat breed. We’re giving them a try, to see how it goes. They are fostered on Sansa, my 1 year old Cream Legbar. She is a perfect mother.

It is so much fun to see chicks out in nature with their mother, learning how to be real chickens.

I’ve also been working in the garden. I got the roof on the meat chicken coop finally: 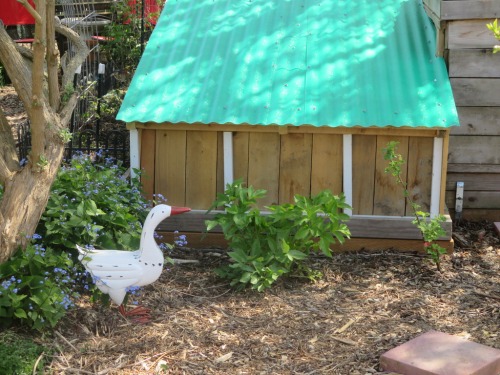 Don’t you just love the metal duck? I also bought a metal chicken!

She is hanging out in the brand new wildlife garden area. It’s still very much a work in progress. 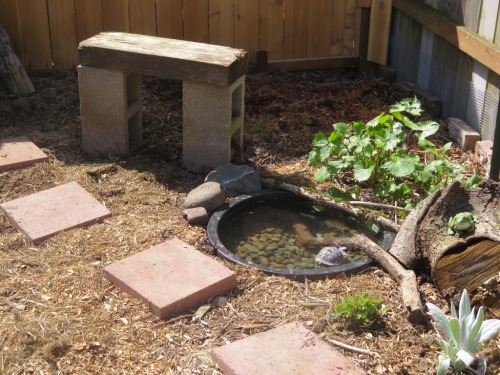 I also got the summer kitchen largely completed. The roof is on, the lights are installed, and I have a sink and counter, even if neither is *quite* finished. It’s usable, at least. 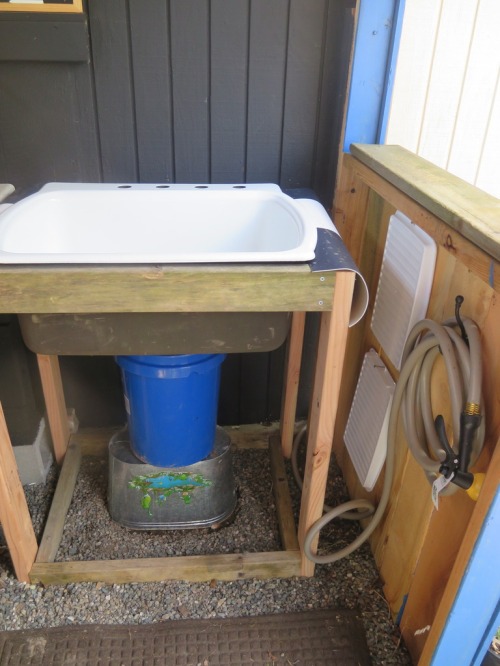 I need to add a door onto this sink cabinet, at some point. And also install a faucet. 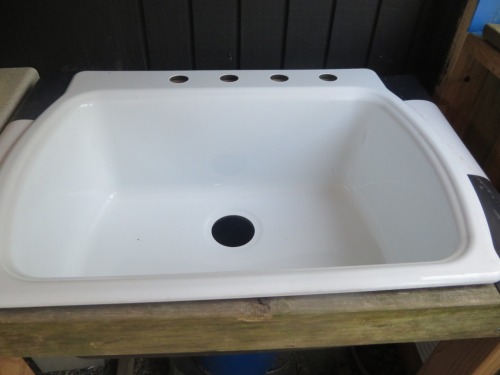 I’m really pleased with my kale bed. Last year, it bolted, so I cut it off at the ground, and covered it in some mulch/rabbit poop. I was getting ready to replant, when to my surprise, the kale came back up from the roots, flourished the rest of the summer, and overwintered to provide some gorgeous kale in the very early summer. It’s just beginning to bolt again, so I think I’ll cut it off again at the roots and see if I can keep this bed going forever! 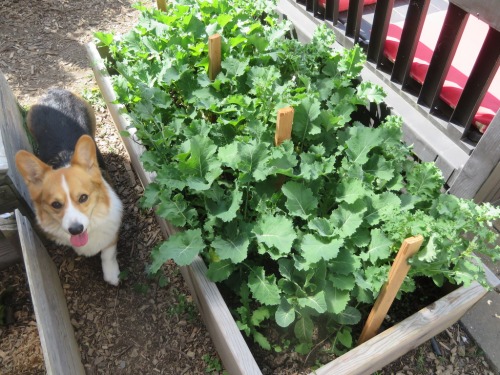 Very early spring, before the roses and the peonies and the rest of the drama queen flowers bloom, is really my favorite time in the garden. Everything is SO beautiful. 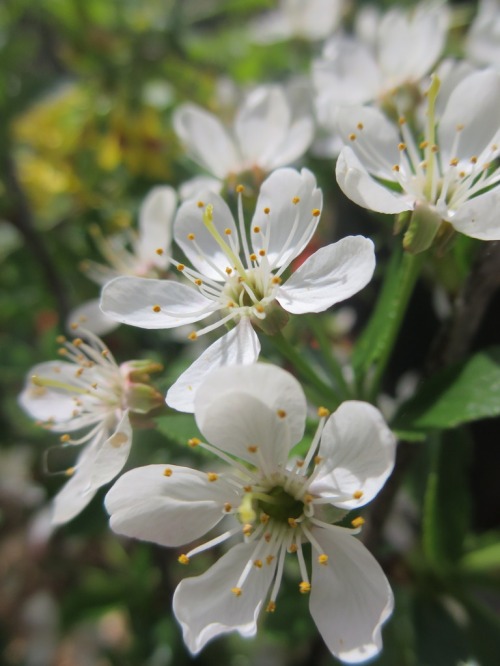 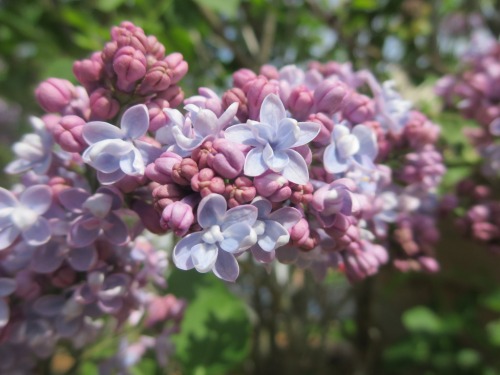 3 responses to “Chicks and Bunnies!”