The Story of a Beloved Chicken

And first off, let me reassure those of you who know her….no, Ellie hasn’t died. In fact, she is in perfect health. But she is a miracle hen in more ways than one, and it’s time to tell her whole story.

Ellie came to me about eight years ago, via a mail order delivery that went wrong in so many ways. Several of the chicks died, but Ellie was one of the lucky ones that made it. 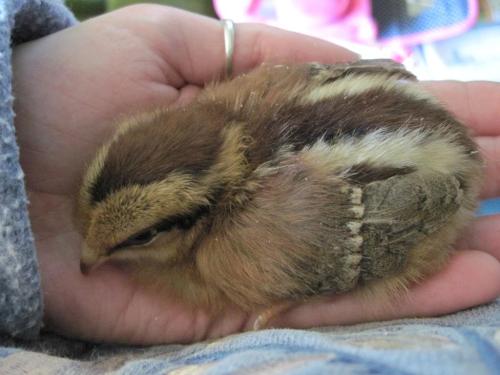 She was a teeny, tiny little Welsummer, who I thought was a rooster for a long time because of her super long legs and demanding voice. She used to stand on top of her water bottle and call for me to come pick her up. She knew, even before I did, how special our relationship was.

A few animals are just like that. Some people call them ‘heart animals’, those special one-of-a-kind beasties that touch you and connect with you in a way other animals haven’t. Ellie is definitely my heart animal.

She put up with my costuming (although she was extremely leery of Captain Jack) and she quickly learned how to make a beeline for the back kitchen door whenever I let her out into the yard. She knows where all the good treats are!

She has perfect trust of me, and she’s the only chicken I’ve ever entirely trusted as well. I know she won’t try to peck my face, and before she jumps up in my lap, she makes a special point of pooping first – friends don’t poop on friends!

Her one flaw is her insane jealousy – she doesn’t want to share me with the other hens. If I hold one of the other girls, she turns her back on me, and walks away, sadly.

And then she stands in a corner, looking back over at me until I relent and put the other chicken down and pick her up instead.

She has me trained, a peck on my knees means I should sit, so she can sit in my lap. A peck on my shoes means I should take her on a walk around the yard. I’m not even making this stuff up. None of my other chickens are remotely like her. They are sweet girls, but Ellie is special in so many ways.

When she was a little over a year old, she began to suffer from vent prolapses. I don’t recommend googling this unless you have a strong stomach. The pictures aren’t pretty, and most chickens don’t survive unless they have a very mild case of it. Ellie’s case, while not horrific as some, was incessant. It was happening continually, for months, every time she pooped or laid an egg. She was a very, very good girl, and would let me help her, and I got very skilled at returning chicken internal parts up where they belonged, but I was in constant fear and dread. I knew if this continued, one day she would either prolapse so badly that she couldn’t be saved, or one of the other chickens would peck her so badly that she got an infection and died. Part of the time, she was sleeping in a crate in my bedroom to protect her from the other girls’ pecking…but that wasn’t good, either. Hens need to be with other hens, and a hen separated too long from her flock can lose her pecking order status in the flock and become an outcast. I got a few months respite during the winter when she stopped laying…and I hoped the rest would let her heal, but the following spring/summer, she was back to where she was before, only worse.

I couldn’t bear it. I was spending hours, nearly every day, researching prolapses on the internet, calling vets, trying to find some solution, and the whole time I just felt this endless, oppressive dread pressing down on me. I seriously thought I was going to have to either put her down, or else I’d come out to the coop some day and find her a bloody, ripped-apart mess. I’ve had lots of animals I’ve loved and cared for, but none of them have ever torn my heart apart like this little hen.

One afternoon, though, I was sitting with her in my lap, and I was praying over her as I often did, and God answered me. I heard a voice, as absolutely clear and audible and separate from myself as it’s possible for a voice to be, and the voice said: “Stop being afraid.” And instantly – instantly – all the fear and dread I’d been living with for months just lifted away and was completely gone. Absolutely vanished. Then the voice said: “You don’t have to worry anymore. She will not have this again.”

And I believed. There was not the slightest doubt in my mind. From that second on, I knew Ellie would never have a prolapse again. And she hasn’t. Not for seven years. Seven years, from that very instant when God cared enough to reach down and heal her. And not only heal her, but actually speak to me. Because He knew, that if He didn’t explain to me what had happened, I’d still be fearful every time she started laying eggs in the Spring; I’d be constantly worried it would start happening again.  He spoke to me, because He didn’t want me to have that dread in my life. He just wanted me to be able to enjoy my summers with my chicken. 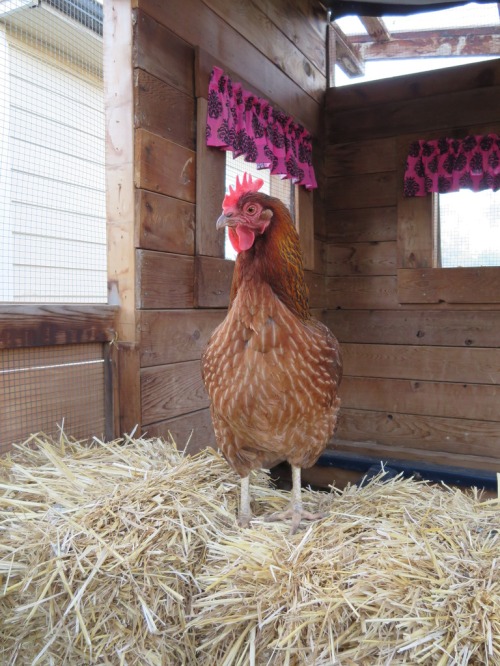 One response to “The Story of a Beloved Chicken”