The new Brinsea Mini Advance incubator performed perfectly. It is a marvel.  The hatch was still immensely stressful though!  Eight of the twelve eggs pipped on Sunday afternoon.  The last batch of quail I hatched were zipping within a few hours…not these little guys.

Nooooo….these little guys decided to completely freak me out by pipping and then not doing anything else for nearly 36 hours!  Luckily one of them kept poking at the pipped edge of the shell to let me know at least one was still alive, but I was having serious worries about whether or not I should attempt to help it hatch.  Most internet sources said they should be zipping within 10 hours, and if they didn’t, the humidity had likely gotten too low, and the chicks were “shrink-wrapped” inside their shells, unable to move enough to get out.

Luckily, I found one person who said it was normal for them to take this long (sometimes) and I should just sit it out.  So I did, but Monday night I didn’t sleep very well, thinking they might all be dead in the shell by morning.  I finally got up around 2:30am to check on them – and yay miracle! – two of the little lazy buggers had hatched.  No sign of any difficulty whatsoever.  I went back to bed feeling MUCH better, and by morning, six were hatched, and two more were on the way.

The very last egg that hatched was the plain white one.  I put a little spot of paint on that chick’s back; if she’s a female, I want to keep her in the hopes she will lay white eggs like her mother.  Since the girls from this hatch will become Loki’s wives, I think I’ll name them all after mythological goddesses.  Since this baby was born from a white shell, I think she has to be Aphrodite, don’t you? 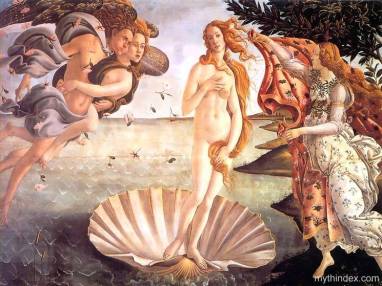 Assuming she’s a girl, of course.  If not, well, he will be nameless.  And sadly, dinner.  I can’t keep any more males!

Right now, though, they are just so adorably tiny and sweet.

And worn out from hatching.

They love their Brinsea Eco Brooder 20.  It also is working perfectly, keeping them brilliantly warm and contented.  I did my trick of tucking a piece from a feather boa underneath with them, and they LOVE snuggling into those cozy feathers.

All eight of the hatchlings are inside the brooder box now.  They have food and water figured out.

Oh look – do you notice something?  Just like last year, when the hatchery accidentally sent me one Texas A&M chick (Peabody), this year I also got a cuckoo in the nest.  I’m assuming that little dark chick is not an Italian, but rather a sneaky little Standard!

And so are the Italians.  At this age, they love to snuggle in hands, and come right up and crawl up into your palm whenever you put your hand into the brooder.

At this age (barely one day old) they already have the worm-hunting instinct.  Just look at this little one hunting a loose thread on the duvet!

There are still four eggs unhatched in the incubator, and I’ll leave it running for a few more days, just in case.  Sometimes there’s a late hatch.  If not, eight very healthy chicks from twelve shipped eggs is a really good hatch rate, so I’m happy.